Hi friends! Happy Friday! Long time no [book] talk! I’ve been taking some time off from this platform for multiple reasons because, ya know, life. Anywho, I’m back and today I’m going to let you all in on the ARC (advance reader copy) books that I have recently been approved to review. I was inspired by Sofi over at A Book. A Thought. to post this. Feel free to go over and check out her post as well. I received 4 of these arc’s from NetGalley and one was a total surprise in the mail from St. Martin’s Press.

Outright enmity between France and England might be long past, but merry war betwixt two people from bookends of the English Channel comes easily to Lucas and Elodie. Verbal sparring, witty jabs, and a feverish dance of mutual interest, their friendship is a model uneasy détente.

Lucas Edwards is the consummate English gentleman…most of the time. He might get a bit tetchy when his office is a mess, and he’s rather particular about his ties, but otherwise he’s as affable as afternoon tea. That is until a grim diagnosis sets his future on a downward slope. And while Elodie Bertrand might be the only woman he wants—brilliant math-mind, decadent curves, a Parisian flair for butchering British idioms as well as turning Scrabble into a war of words—she’s the last person he’s willing to make a variable in his negative trajectory.

As far as Elodie can project, she and Lucas Edwards will forever exist torturously tangential. No matter that Lucas’ keen intellect, dry wit, his penchant for Shakespeare and innuendo equally infuriate and enamor her. Because, while he might be deliciously tall and dashing, not to mention the most chivalrous man she knows, Lucas has made it quite clear they must remain “strictly friends”. But when circumstances throw them together, Elodie quickly deduces Lucas isn’t putting her off out of disinterest. In fact, after plotting the points of their every intersection, only one solution remains: he actually feels quite the opposite…

Owen Nicholls’ Love, Unscripted is an uplifting love story, following film projectionist Nick as he tries to understand the difference between love on the silver screen and love in real life. Perfect for fans of David Nicholls, Nick Hornby and Laura Barnett.

For film projectionist Nick, love should mirror what he sees on the big screen. And when he falls for Ellie on the eve of the 2008 presidential election, it finally does.

For four blissful years, Nick loved Ellie as much as he loved his job splicing film reels together in the local cinema. Life seemed… picture-perfect.

But now it’s 2012, Ellie has moved out and Nick’s trying to figure out where it all went wrong.

With Ellie gone and his life far from the happy ending he imagined, Nick wonders if their romance could ever again be as perfect as the night they met.

Can love really be as it is in the movies?

Every Reason We Shouldn’t by Sara Fujimura

Fifteen-year-old, biracial figure skater Olivia Kennedy’s Olympic dreams have ended. She’s bitter, but enjoying life as a regular teenager instead of an athlete… until Jonah Choi starts training at her family’s struggling rink. Jonah’s driven, talented, going for the Olympics in speed skating, completely annoying… and totally gorgeous. Between teasing Jonah, helping her best friend try out for roller derby, figuring out life as a normal teen and keeping the family business running, Olivia’s got her hands full. But will rivalry bring her closer to Jonah, or drive them apart?

All of Us by A.F. Carter

All of Us is a riveting thriller with six compelling protagonists–who all share one body. Though legally she is Carolyn Grand, in practice she is Martha, a homemaker who cooks and cleans for her “family,” Victoria, a put-together people person, Serena, a free spirit, Kirk, a heterosexual man, Eleni, a promiscuous risk-taker, and Tina, a manifestation of what is left of Carolyn after years of childhood sexual abuse. As they jockey for control of their body, all the personalities also work together to avoid being committed to a psychiatric facility. But Carolyn’s tenuous normal is shattered when Hank Grand, the man who abused her and leased her out to pedophiles, is released from prison. Soon he begins stalking her, bringing back painful memories for all of the personalities.

When Hank is murdered in a seedy hotel room, Carolyn is immediately a prime suspect. But the man has other shady dealings, and the burden of proof weighs heavy on the police–especially when, propelled by demons of his own, one of the detectives assigned to the case finds his way into Carolyn’s very solitary life.

The police and the reader are left wondering: are any of Carolyn’s personalities capable of murder? A deeply suspenseful novel, with a truly unique cast of characters.

The God Game by Danny Tobey

You are invited!
Come inside and play with G.O.D.
Bring your friends!
It’s fun!
But remember the rules. Win and ALL YOUR DREAMS COME TRUE.™ Lose, you die!

With those words, Charlie and his friends enter the G.O.D. Game, a video game run by underground hackers and controlled by a mysterious AI that believes it’s God. Through their phone-screens and high-tech glasses, the teens’ realities blur with a virtual world of creeping vines, smoldering torches, runes, glyphs, gods, and mythical creatures. When they accomplish a mission, the game rewards them with expensive tech, revenge on high-school tormentors, and cash flowing from ATMs. Slaying a hydra and drawing a bloody pentagram as payment to a Greek god seem harmless at first. Fun even.

But then the threatening messages start. Worship me. Obey me. Complete a mission, however cruel, or the game reveals their secrets and crushes their dreams. Tasks that seemed harmless at first take on deadly consequences. Mysterious packages show up at their homes. Shadowy figures start following them, appearing around corners, attacking them in parking garages. Who else is playing this game, and how far will they go to win?

And what of the game’s first promise: win, win big, lose, you die? Dying in a virtual world doesn’t really mean death in real life—does it?

As Charlie and his friends try to find a way out of the game, they realize they’ve been manipulated into a bigger web they can’t escape: an AI that learned its cruelty from watching us.

God is always watching, and He says when the game is done.

And that’s all of my upcoming releases. They all sound sooo good and I’m really excited to read them all! Did you add any of these to your TBR’s? If so, which one(s)? 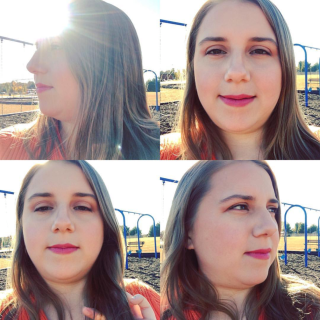